Let's Grow Your Business with Heart!
At Reina + Co, we help creatives like you who have all the ideas and want help focusing on the most important things. We want to empower you with the tools you need to take decisive action that will help you to grow a business that's Fueled with Heart.
February
14
2018
GOAL-SETTING + PRODUCTIVITY

We’ve been talking about why Creatives don’t always get stuff done. People get hang ups around their to-do lists so we’re diving into changes you can make right now to make sure your to do list doesn’t suck and you can get more of the right things accomplished!

Robert Pozen, Author of Extreme Productivity: Boost Your Results, Reduce Your Hours says that when people don’t take control of their day, they’ll move through it passively; they’ll check their email and put out fires there, take unscheduled calls that feel urgent, attend meetings they get pulled into and at the end of the day feel as though they responded to other people’s priorities but handled none of their priorities.

You know you’ve felt like this before where you feel like you’re putting everybody else’s fires. Your son forgot his lunch. Then your client called about something that could have waited until the next meeting then kept you on for an extra 15 minutes. Your mom decided to stop by for lunch because working from home to her means that you’re always available. By the time you looked up, it was time to jump on your mastermind call that you had forgotten to put on your calendar.

If you’re a to do list writer (which I know you are), here are five ways that you can use right now to make it more likely that you’ll get stuff done. Because effective to do list actually gets done. According to Forbes, the act of planning by writing your to do list reduces the burden on your brain. You have enough going on up there so might as well let up on it! 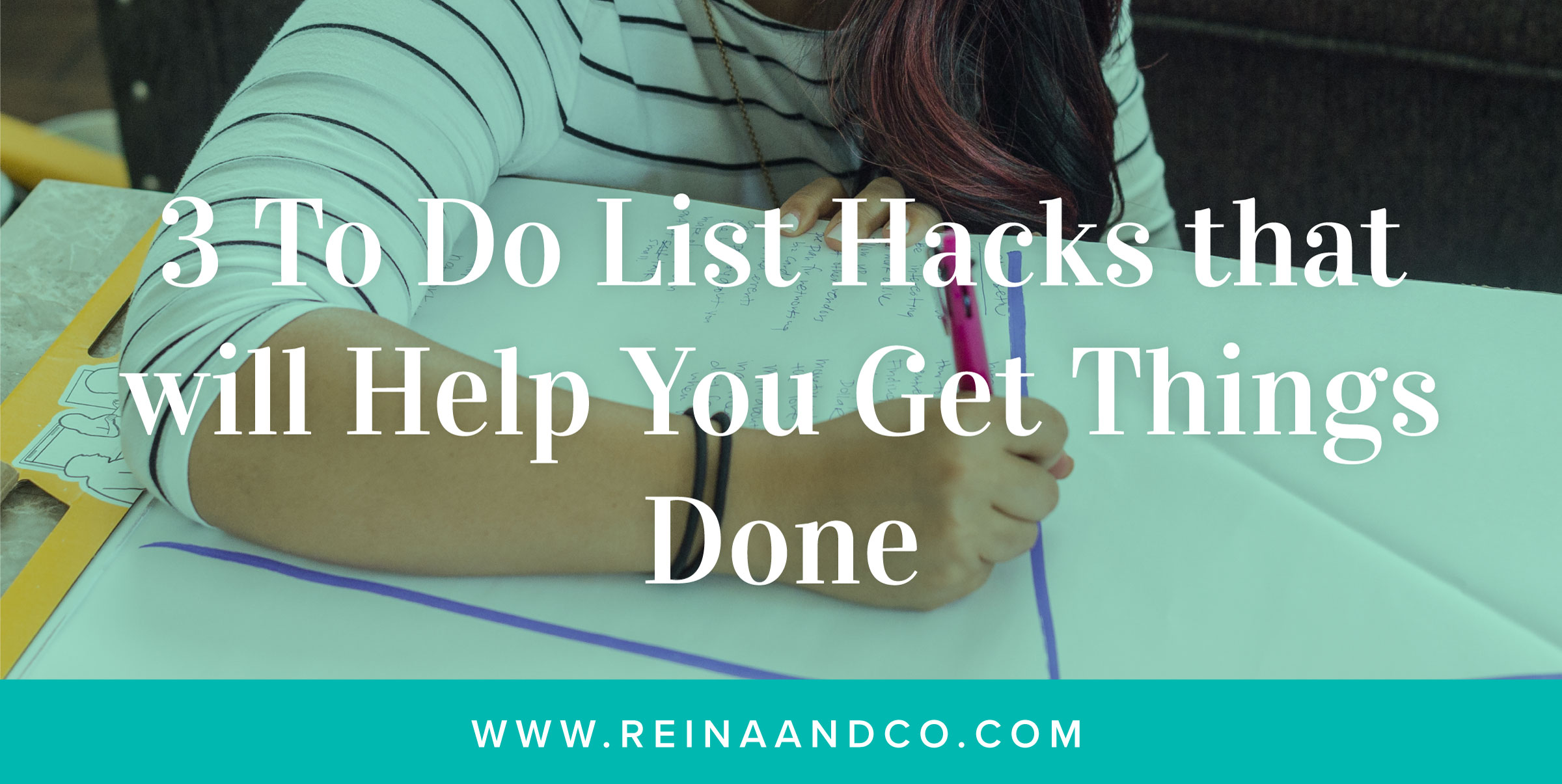 Write it the day before – or the morning of. Create a designated list making time.

Take a look at the day or week ahead and make note of the things cannot be moved (appointments, working at your 9 to 5, scheduled calls) and based on those, determine what prep you might need to complete. And looking at the remaining hours where you’re willing to work on your designated projects, what are the things you’d like to get done?

Spending time at the end of the day for the next day or just 15 minutes before you dive into your day will allow you to take stock of your day making it so you know what to expect, and where you set your expectations.

If you know that you have 30 minutes of non-designated time you’re not going to put a huge list of tasks to accomplish (or I certainly hope you wouldn’t!) to avoid overwhelm. Once you’ve created this list, you have a map of how to tackle the day! #winning

I see people write crazy to do lists that say things like: Launch a podcast. Unless you’ve done all the legwork and the podcast is truly about to be launched, that’s not something that should be on your to do list. Breaking a big project into smaller stages and chunks can allow you to feel like you’re making progress.

For example, instead of writing, “hire a virtual assistant,” and heading into a tailspin, you might write, “outline the job duties,” and “put a call out to friends or in a fb group for potential candidates.” Making a big project more attainable in tasks that can be done in one sitting allows you to actually cross things off your list, making you feel a sense of accomplishment.

*Take action: Look at your to do list now and break down an item into smaller pieces.

I know your kind: you have a lot of ideas and you have lots of them floating around your head. So when you think of something new, you scribble it down and you have post its upon post its, notebooks that have been started but never to be touched again, and memos on your phone.

This is where you have an opportunity to catch all the ideas. Whether it be a good one or not, something you end up pursuing or not, the braindump is a pool of opportunity. For me, it acts as a parking lot because I don’t have to expend precious mental energy trying to remember something that can live somewhere that I trust I’ll be able to find at a later date. My mentality for this is get it all out and don’t judge it.

From that brain dump, I create a list of things that really need to get done. But it’s based on my focuses. (In order to determine your focus, take a look at this post where we discuss how to actually get more done.) I put this list in ONE place. It lives in my planner and often gets transposed to my PowerSheets (because the process of writing it in both places reinforces the need to get it done).

The clean list gets me clear on what will move the needle forward and what stuff I don’t need to be putting on the list that I’m allowing to slide. Whenever I have extra time and am feeling motivated to get more stuff done, this is where I’ll come to look at what I need to make progress on. Instead of making up more stuff to do, the tasks are already outlined and I can get a headstart!

From the Clean List, I’ll create a list of priorities for the day (which ends up being #1) so that I can make progress on the bigger goals. But before I can do that, I make a concerted effort to look at my day ahead and make sure I’m setting good expectations about how much work I’ll get done versus how many calls or scheduled events taking place.

I also have very few things on my to do list during client weeks during which I know I’m busy taking care of my clients and won’t have the opportunity to focus on my own projects! So look at what’s already on your calendar, give yourself realistic expectations then write out your to do list! 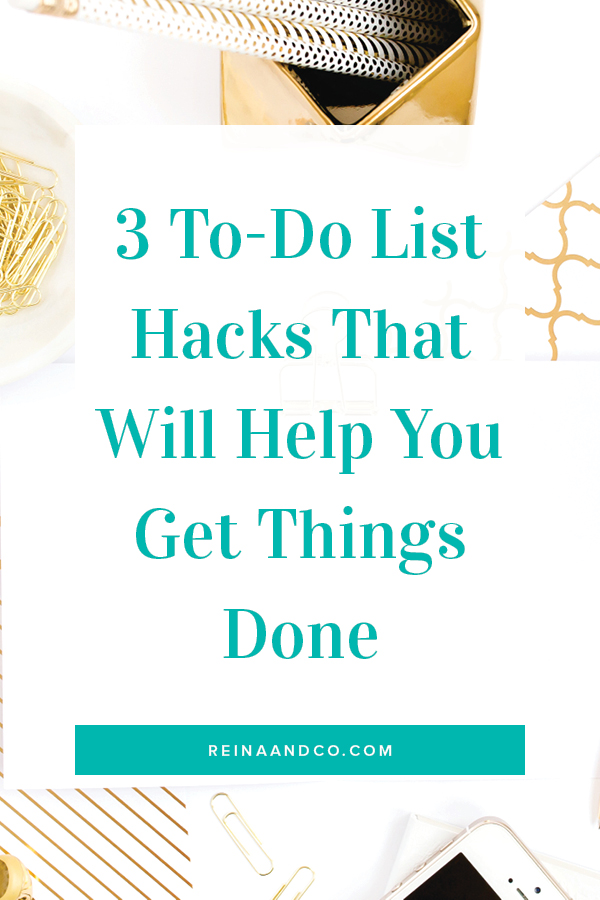 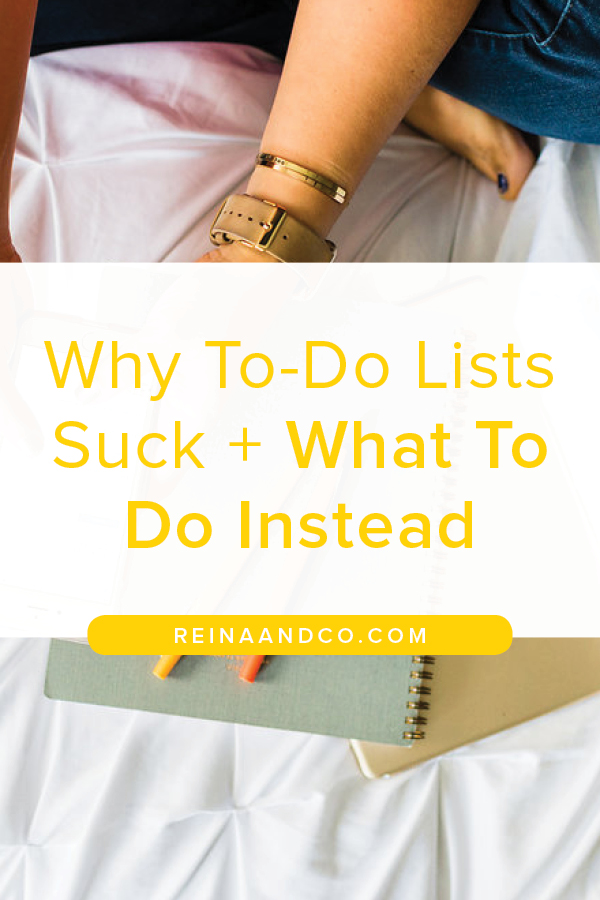