Let's Grow Your Business with Heart!
At Reina + Co, we help creatives like you who have all the ideas and want help focusing on the most important things. We want to empower you with the tools you need to take decisive action that will help you to grow a business that's Fueled with Heart.
September
28
2016
Creative Entrepreneur 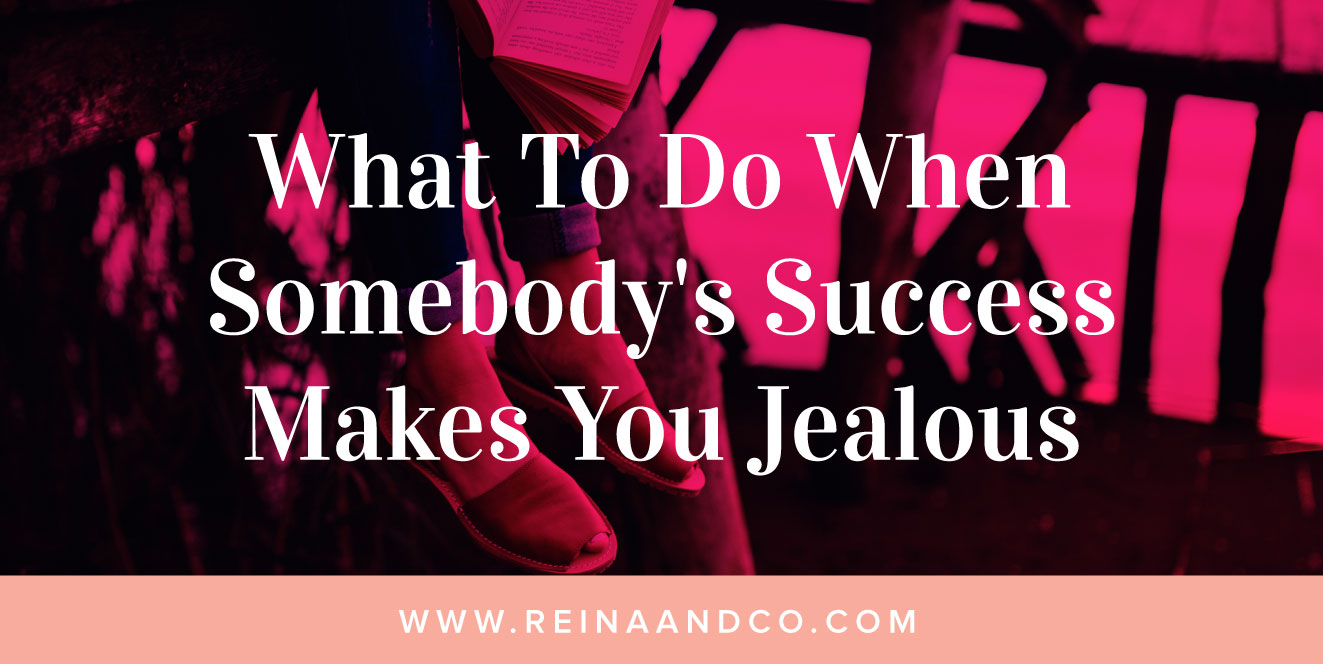 Jealous? Even in the era of #communityovercompetition, there’s still competition and there’s still jealousy. Even if you don’t want to admit it, you know the truth which is that somebody’s success is triggering you! Whether it’s because they have something you want or because you believe they don’t deserve the level of success, thinking this way doesn’t get you any closer to where you want to be.

Success in entrepreneurship is achieved beating the mindset game. By having tools to get you through those triggering situations, it can help you to diffuse those emotions and help you get into a mindset that’s more productive to achieve your own version of success, even if that means something similar to your competition.

I asked two coaches who help entrepreneurs with mindset about what it looks like to be triggered, what it can do to our businesses and how to break free from it:

Anger, frustration, and jealousy are really good signs of being triggered. So is anything that you would give the “Wow” emoji to (if you would mean it sarcastically), or anything that you’d share with a friend for the purposes of validating how “ridiculous” something is (those messages often start something like this, “Oh. My. Gosh! Did you see that so-and-so got/bought/is selling such-and-such?!”).

When you have that kind of reaction to someone’s success, it’s almost always because their values don’t line up with yours OR because you’re frustrated that you haven’t achieved similar results yet. In either case, recognize that your reaction is coming from a place of criticism (either of them or yourself). Instead, try to find something about the other person’s success that you can admire, or at least respect – how they got it or what they’re doing with it.. Then, take ask yourself how you can translate their approach into something that will help you achieve your definition of success.

try to find something about the other person’s success that you can admire, or at least respect

When you’re feeling triggered by someone else’s success there are two things that you can do. The first is to look within… what about their success is triggering something in YOU? Are you unavailable for more success or for taking the steps they’re taking to create success?

The other piece is to know that the universe won’t show you something that’s not possible for you. You seeing their success is a reminder of what’s possible for you if you desire to claim it… the question is… Do you desire it? Will you claim it?”

Jealous? Recognize Your Triggers + What to do

You can recognize your triggers as they come up by noticing that you’re turning into an ugly version of yourself. Even if it’s to yourself, you discount somebody’s success, say mean things about them, and you judge them as a human being. When somebody gets something that we want, it’s because, even briefly, we believe that there is a shortage of that (whether it’s money, accomplishments, clients, fame, recognition), which is not true. You have to believe that there is an abundant supply of success for each of us.

Here’s a quick exercise that I use myself:

You have to believe that there is an abundant supply of success for each of us.

There’s enough for all of us. Let’s lift each other up rather than tearing each other down because of jealousy.

Let’s lift each other up rather than tearing each other down because of jealousy.