Let's Grow Your Business with Heart!
At Reina + Co, we help creatives like you who have all the ideas and want help focusing on the most important things. We want to empower you with the tools you need to take decisive action that will help you to grow a business that's Fueled with Heart.
January
27
2016
Coaching 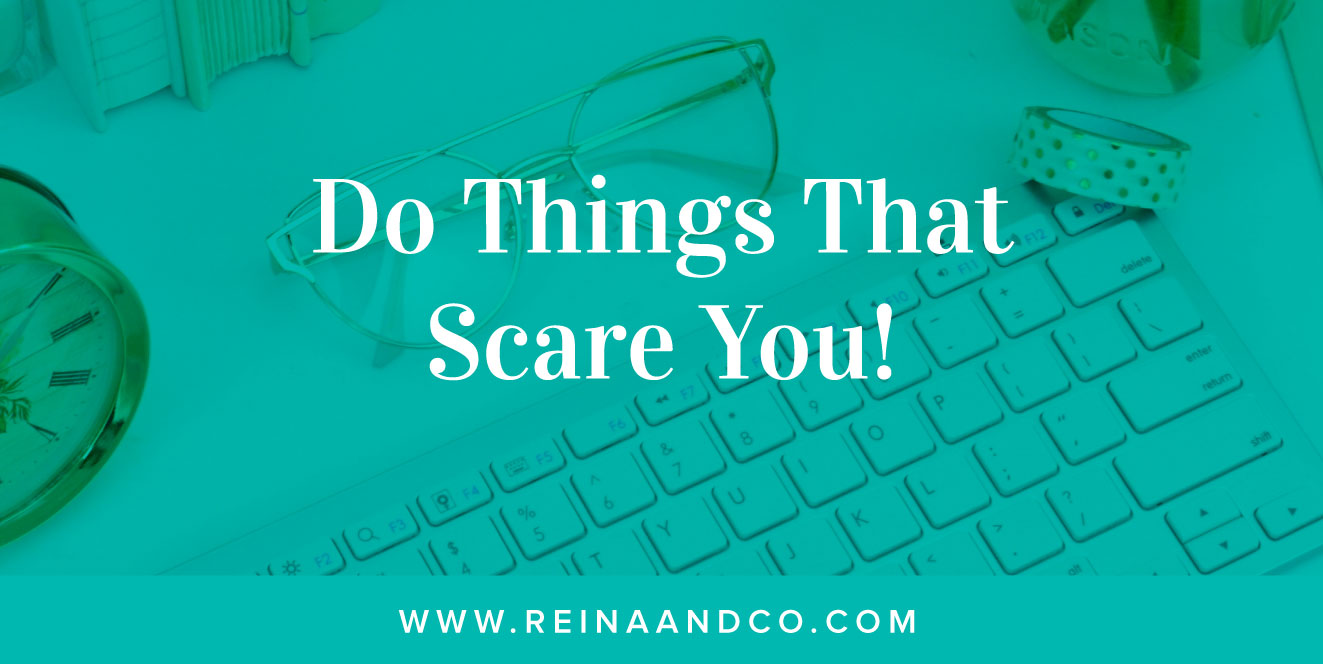 Feel the Fear and Do it Anyway

There are plenty of things we’re scared of. Most of us don’t love public speaking for the fear of making a fool of ourselves. Many people don’t like to walk into a room full of strangers and introduce themselves. We fear that our dreams are too big, too lofty, too unattainable. But that’s fear talking.

We fear that our dreams are too big, too lofty, too unattainable. But that’s fear talking.

Being scared can stop us from dreaming about the things we want to have – to be able to voice them so that we can turn them into reality.

The Anatomy of Fear

Fear is a weird part of our human existence. It was built into us so that we could survive as a species. Without fear, we’d probably be extinct. I’m no expert in the lineage of humankind but fear has been built into us so we don’t walk off of a cliff or jump in front of a train for the fun of it. It gives us good instincts to make life and death decisions.

Unfortunately, the fear response has become generalized – it influences so many decisions beyond the life and death situations. When we debate when to start dating after a breakup. When we want to ask for a promotion. When we want to create a new product and share it with the world. Fear is the part that tries to keep us safe, claiming “you don’t need to aspire so much, we’re happy where we are right now”. It tries to tell you that you might get hurt if you try that thing – it just wants to keep you safe.

Next time you feel fear, ask yourself this question: Is this fear I’m feeling, dread, or is it inspired anticipation?

If it’s dread, maybe it’s something you actually don’t want to do- your body is telling you, I’m not really into this! If it’s inspired anticipation, it gives you that feeling of excited butterflies in your belly. We’re not used to categorizing when it feels like fear versus butterflies because all over it looks about the same: uncomfortable. If you take the time to ask yourself whether it’s dread or inspired anticipation, you might figure out how to go about dealing with it!

I’ve always been good at saying I’m going to do something and then making it happen. It’s one of my superpowers. But what I’m noticing in more recent months is that maybe, just maybe, I’m not dreaming big enough: that my goals aren’t scary enough. My commitment to myself is to dream bigger because that means there is a significant chance that my failure ratio would go up.

Tips for Doing Things That Scare You

What’s a dream that your fear has been stopping you from taking action on? Share it here and start moving toward your goal!